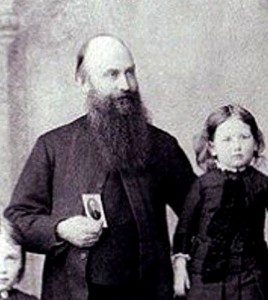 William Hechler was a close companion and mentor to Theodor Herzl, the founder of modern Zionism. When Herzl was beginning to formulate his ideas towards a movement for the restoration of a Jewish state at the end of the nineteenth century, Hechler was serving as Chaplain to the British Ambassador in Vienna, Herzl's home city. The two became close friends and colleagues and Hechler, an ardent "Christian Zionist" himself, was able to introduce Herzl to key figures in European political and royal circles.

When an American Jewish historian, Jerry Klinger, discovered that Hechler was buried in an unmarked pauper's grave in London, he advocated for the installation of a headstone worthy of the influence of this godly man on modern Zionism. Love Never Fails became the channel for this campaign and a properly inscribed stone was placed and dedicated on Hechler's grave on 31st January 2007 (see below). 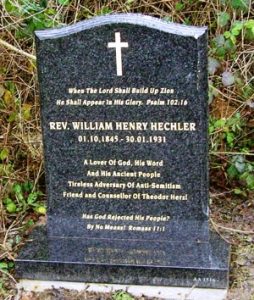