To support our vision of expressing repentance through acts of righteousness, we have published several books, booklets and other media that have aimed to correct historic anti-semitic attitudes in the Christian church, traditionally expressed in Britain through so-called "replacement theology". 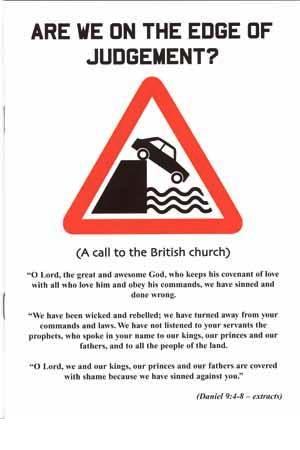 "Are We On The Edge of Judgement?" (2003) Prompted by what was probably the last public message of the well-known Christian teacher Derek Prince, this slim booklet warns from the Bible that Britain has historically held a dangerous position in opposing Jewish plans for a resurrected homeland and preaching in the church that God has finished with Israel. It includes a timeline of Britain's historical dealings with the Jewish people and the state of Israel and sections of Bible verses indicating what our attitude in these matters should be in God's eyes. It was sent out as widely as possible, with the aim of encouraging Christian leaders to read and be challenged by its message. 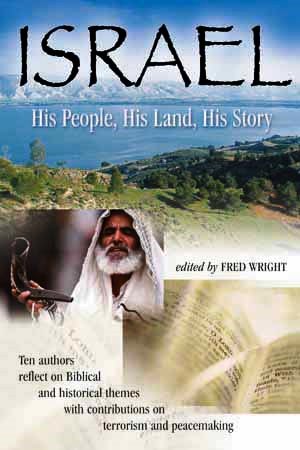 In 2005 we published what is still probably our most ambitious print project. "Israel: His People, His Land, His Story" is a collection of essays by Christian and Jewish writers, both well-known and little-known. Between them, the authors address a wide range of historical, theological and political subjects, all with the aim of presenting a correct biblical and real-world view of Israel, her history and her enemies. Although now out of print, please contact us to obtain a copy. 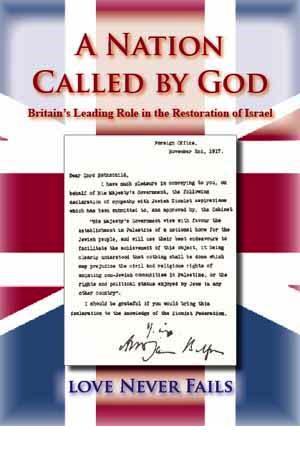 A Nation Called By God
This publication promoted the thesis that God had chosen Britain in the past to act as His agent to restore the people, land and nation of Israel from nearly 2,000 years of exile suffered by the Jewish people since their conquest and final expulsion by Rome in CE135. 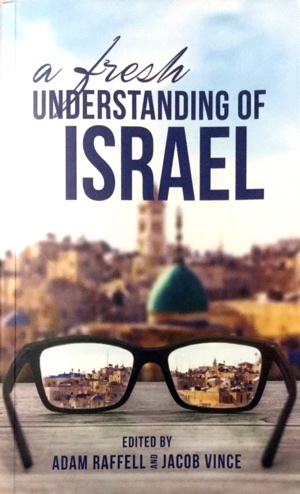 A Fresh Understanding of Israel
Edited by two of LNF's leaders, this book offers easy to read answers to seven major questions concerning Israel, the Jewish people and Christianity. The book aims "...to offer the Church at large a concise account of the consistency of God's love for the Jewish people throughout Scripture".